The high profile relationship between Rihanna and fashion is nothing new, but her most recent collaboration with the storied House of Dior is particularly unique: the twenty-seven year old pop star is the first black woman to front one of the world’s–and history’s–most coveted fashion brands. This is equally exceptional and unacceptable, considering it took the house 68 years to change its archaic image of beauty.

The house was founded under the singular vision of Christian Dior, whose debut collection in 1947 re-charted the direction of post-war fashion with dramatically structured silhouettes based on unnatural distortions of the body.The voluminous skirts, padded hips and nipped in waists harkened back to fashion of the 19th century with an overall aesthetic that was romantic, albeit entirely unnatural. After years of war-induced austerity in dress, millions of women flocked to Dior’s vision of femininity. His designs copied at every price point, Dior’s legacy as one of the greatest couturiers of all time was officially cemented–although his reign would be all too brief. After Dior’s untimely death in 1957, only ten years after his debut, his namesake house has continued under a lineage of famous designers, including Yves Saint Laurent (1957-1960) and John Galliano (1997-2011) and is currently under the creative direction of Raf Simons. Galliano famously brought a dramatic and theatrical flair to Dior, constantly re-imagining the Dior woman within a fairy-tale revery, not exactly relatable or even wearable, but incredibly beautiful. It was not until Simons took the helm in 2012, that a modernist energy was injected into the brand, or as Simons once said “a nostalgia for the future.” It is at the hands of Simons that the soon-to-be seventy year old house has found a place in the twenty-first century, with the vision of a new Dior woman at the helm. The full video and images from Dior’s “Secret Garden” campaign starring Rihanna and shot by Steven Klein are featured below. 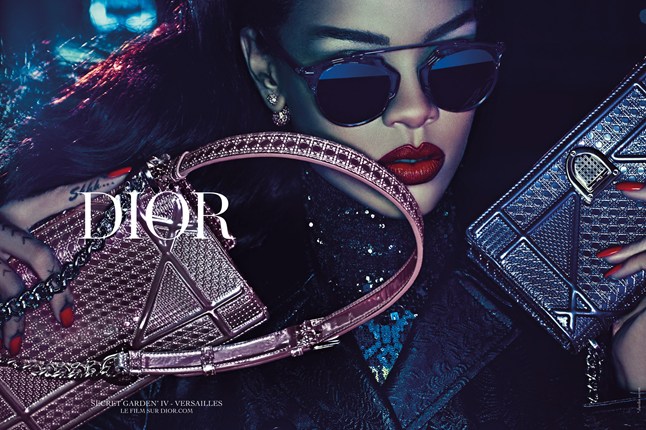 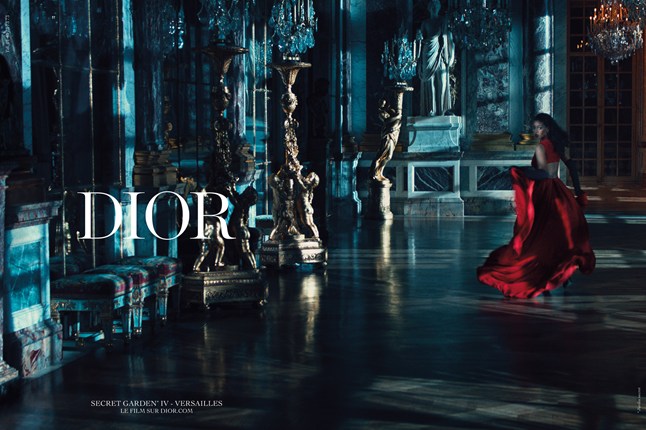 Quote above found via Vogue.com.