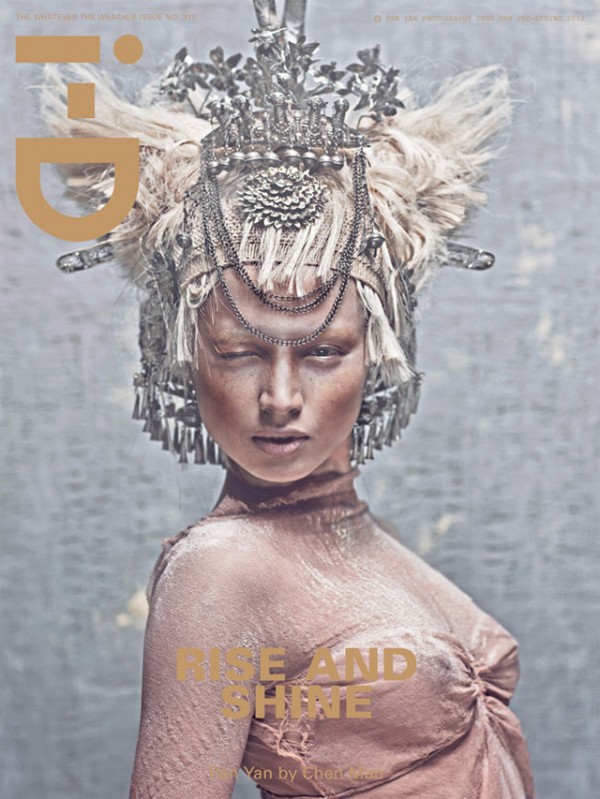 Fashion photographer Chen Man’s high-impact portraiture stands as a vivid symbol of 21st century China. A country once synonymous with austerity—and severity—during the Cultural Revolution has done a dramatic remapping of its place within the artistic milieu over the years, emerging as a world player in sophistication and taste. Man’s photography has been instrumental in defining exactly what that means, blending her country’s rich cultural heritage with contemporary life, constantly juxtaposing the two to create her own unique aesthetic, but one that remains distinctively Chinese. “Europeans watch Farewell My Concubine and come to China with all these romantic expectations,” Man told I-D magazine in 2014, “but when they arrive they’re met with skateboarders, break dancers, fashion photographers and a hip hop scene. I want to package this together and not only show it to China but show it to the world.”[i]

For the 2012 cover I-D Magazine‘s Whatever the Weather issue, Man honored the “breadth of beauty in China today”[ii] with not one, but twelve different covers. Each cover is remarkably different—but equally stunning—in its depiction of China’s diverse cultural landscape (comprised of some 50 plus ethnic minority groups!). Only a handful of the models Man used were professionals, the rest she selected from the Tibetan High School. Each model poses with only one eye open, I-D Magazine’s signature, and yet for Man, the pose is particularly apt: one eye looking to the present, the future even, and yet one eye closed firmly on the past. After all, a country is nothing without its history—and China’s is incredibly vast. But Chen Man is most definitely a defining element of its future. 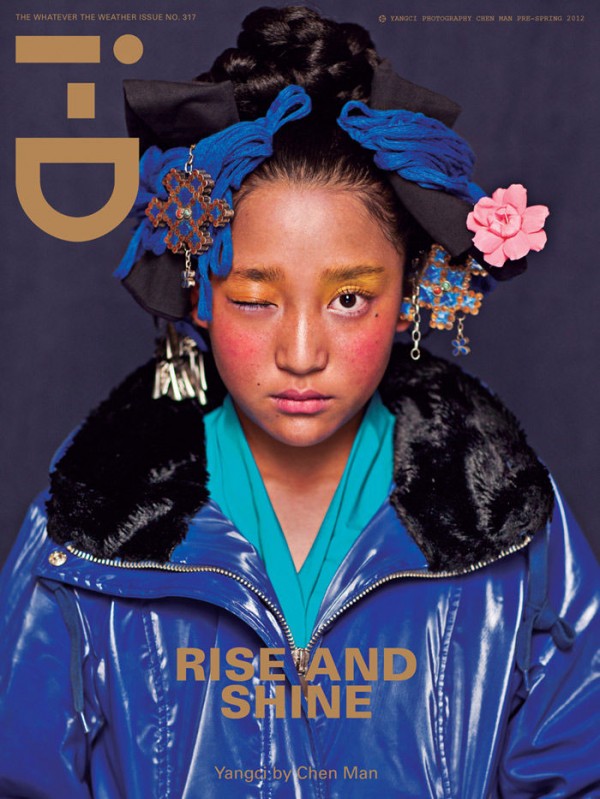 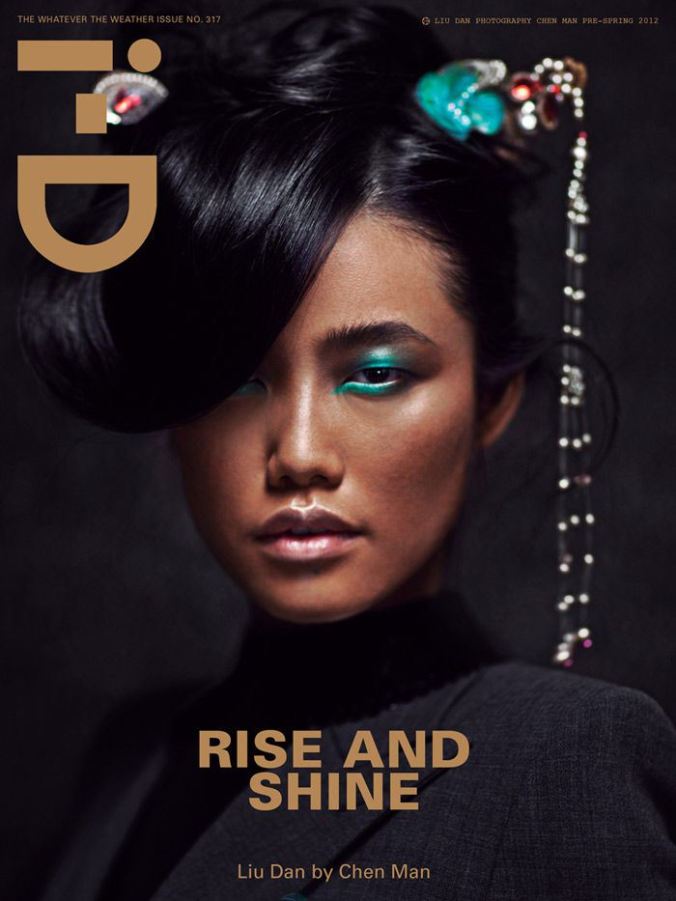